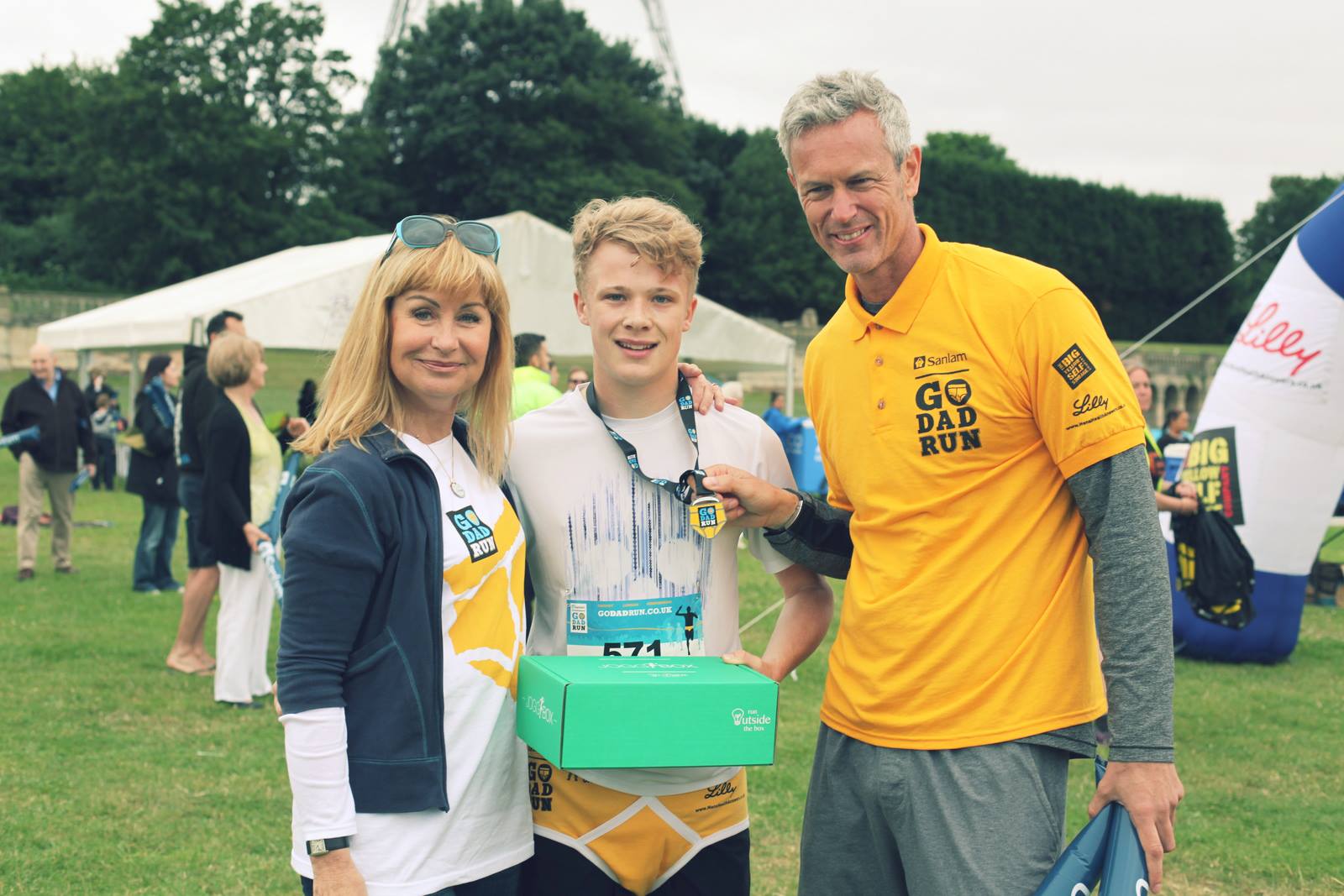 The Sanlam Go Dad Runs are a series of 5km runs, for men and boys aged 14 and over, that will take place in Cardiff, London and Birmingham on Father’s Day weekend June 14th and 15th to raise awareness of the disease and funds for Prostate Cancer UK.

In the UK one man dies every hour from prostate cancer and about 1 in 8 men will get prostate cancer at some point in their lives and that figure increases to 1 in 4 for men of black Caribbean or black African descent.

When two of his own uncles developed prostate cancer Colin decided to create something positive that would help raise funds and awareness and he took inspiration from the incredible success of Race For Life when he realised that there is no male equivalent.

He chose Father’s Day weekend so that the event had a natural male focus but Sanlam Go Dad Runs are open to fathers, sons, brothers, friends, neighbours, work colleagues and teammates to take part in and, of course, mums, wives, girlfriends and sisters all have a big role to play in getting the men in their lives to sign up and then supporting them on the day!

“I am delighted that we have such great support from our sponsors and partners and my ambition this year is to make it a fun day for everyone who participates, deliver professional events and raise as much money and awareness as we can. Awareness for prostate cancer is important – that is as important as the money for me”
Colin was joined by Prince’s worldwide manager Kiran Sharma, the CEO of KIKIT Entertainment.

“My father is currently undergoing treatment for prostate cancer so when Colin asked if I could support Go Dad Run I was very happy to do so and I hope that women in all three cities will encourage their husbands, boyfriends, sons and brothers to sign up and be part of these amazing events across the Father’s Day weekend”

On Saturday June 14th Colin and his fellow Olympian Jamie Baulch will start the race at 10.30am in Bute Park, Cardiff.
On Father’s Day itself, Sunday June 15th, Colin will be starting the event at 10.30am in Cannon Hill Park, Birmingham.
Also on Father’s Day former swimming world champion Mark Foster will get the men under way at 10.30am in Crystal Palace Park, London.
The pilot event in Llangefni, Anglesey was a big success last year with some 500 people taking part on the day.
TV presenter Sian Lloyd was at Anglesey and remains a big supporter of the new project.

“I was very proud to be involved with the Go Dad Run pilot in Anglesey last year when my husband Jonathan ran the 5K to raise money for Prostate Cancer UK. It is a wonderful new project and it’s great to see that it has expanded and we are looking forward to supporting Colin and Go Dad Run 2014!”

Adult participants will be sent a pair of bright yellow Y-fronts to enable them to help generate social media awareness in the build up and to then proudly wear on the day, so check out Sanlam’s Go Dad Run Facebook and Twitter pages to see who is showing their support!

Prostate Cancer UK Director of Fundraising, Mark Bishop, said: “We want to create a movement of men to fight a disease that affects 250,000 men across the UK each year – and look forward to seeing a sea of runners on the start line at the three Go Dad Run venues, not to mention some star names.

“Father’s Day is a key event on our calendar and can also serve as a poignant reminder of the importance of family. Prostate cancer affects fathers, grandfathers, uncles and sons – but also mums, grandmothers, sisters and daughters so getting behind an event like this can only help us combat this fearsome opponent. It’s not about winning or setting personal bests, it’s about running proudly and supporting each other as a family and uniting with men of all ages.” 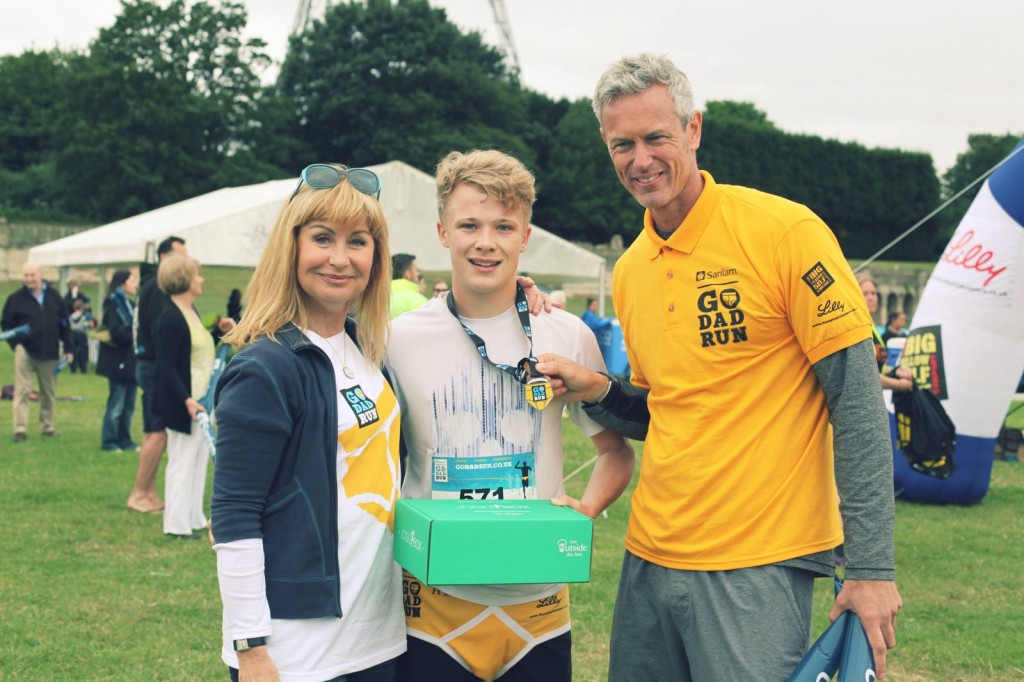 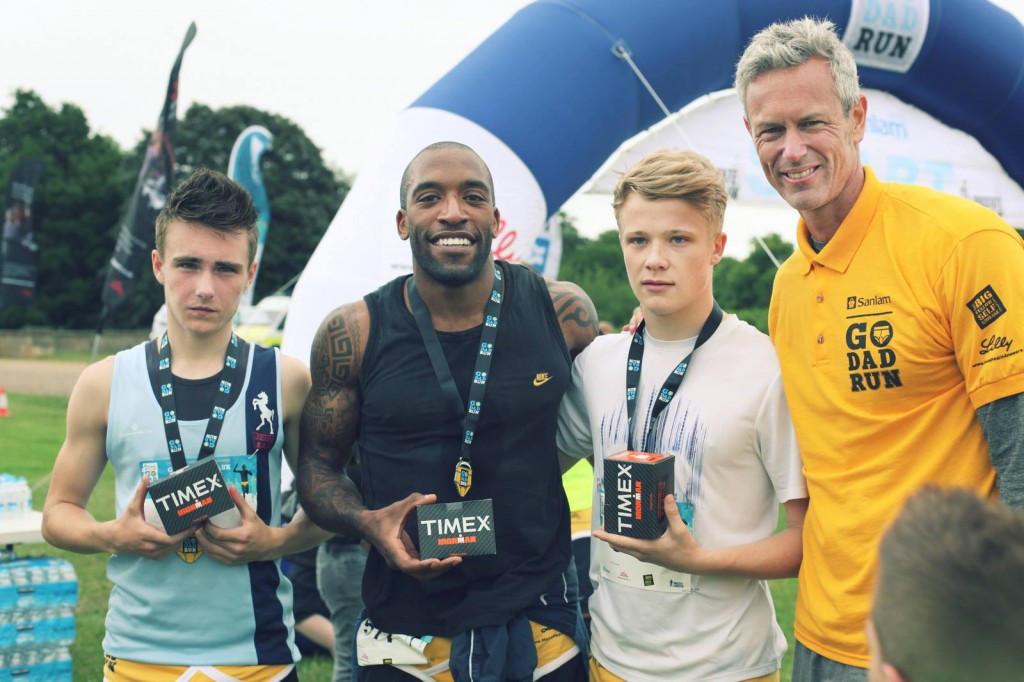 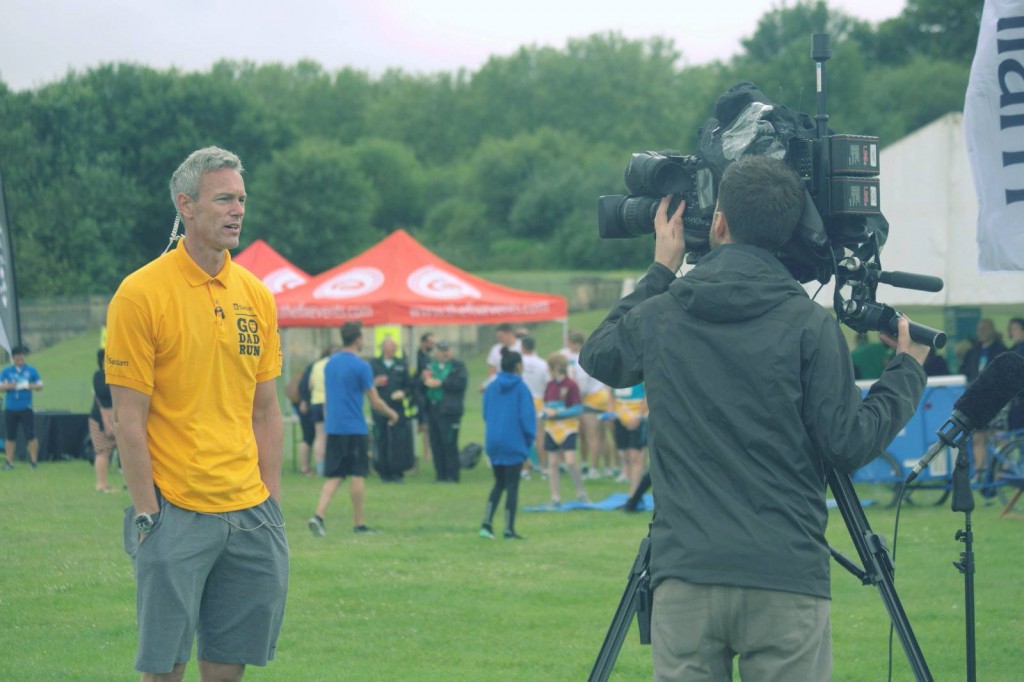 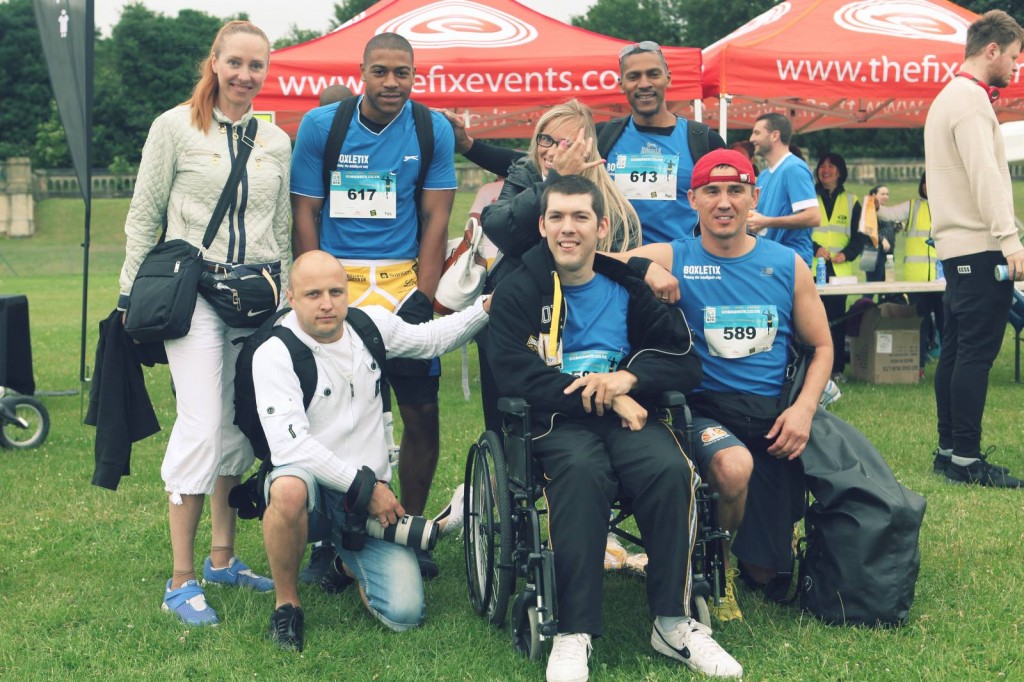 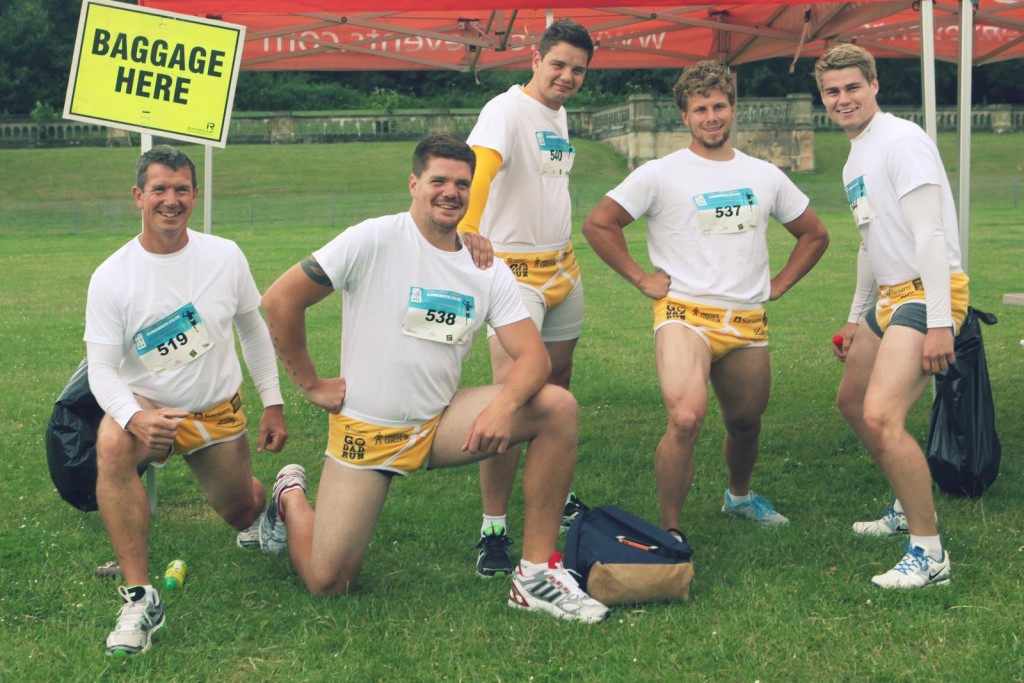 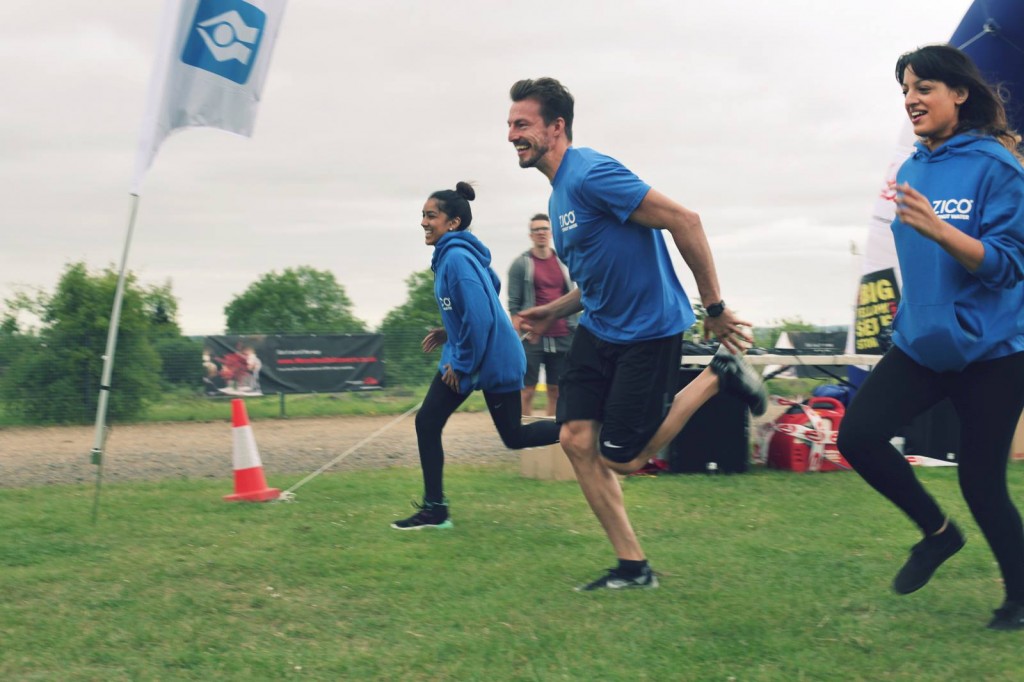