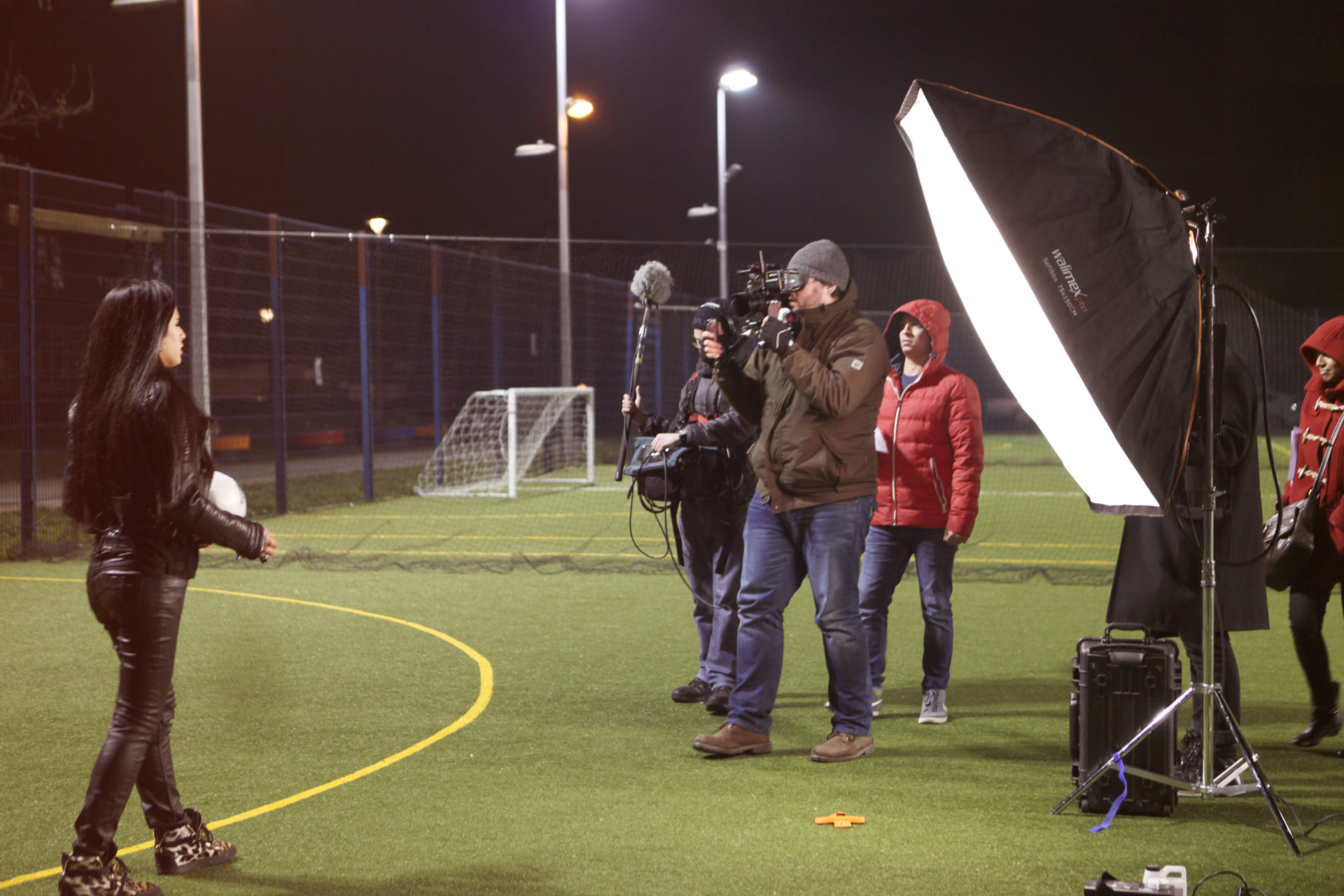 Last week we filmed a short segment of a video that introduces a Charity Football Tournament for young kids, the SATUCCup 2015.
SATUC Cup is 6-a-side football tournament in Cairowith teams comprised of disadvantaged children from around the world.
The shoot was simple, film the speaker as she looks direct to camera. There was a few extra cut aways and sections, but nothing to extreme. However, this was an extremely rushed job. Totally last minute. No recce, no extra crew and a short window to film in.
Jack Shelbourn  was director of photography for this project.

I knew we would be shooting at night on a 5-a-side football pitch. So I knew the pitch would be lit by flood lights. These lights do a great job of lighting the venue, but also cast a ton of shadows in every direction. But I knew straight away, that these would serve as my back light.The pitch had other games playing on the pitches next to us, so we where restricted to look in one direction. This made my decision on where to place equipment more easy. I just set up the largest light I owned (The job was done purely on the kit I own, with no extra crew or kit rented in), my 600w Dedo Softbox. I put on my largest softbox, so I had the softest light with the highest spread.
This was simply used to fill in the subject and I had it point towards her at all times. 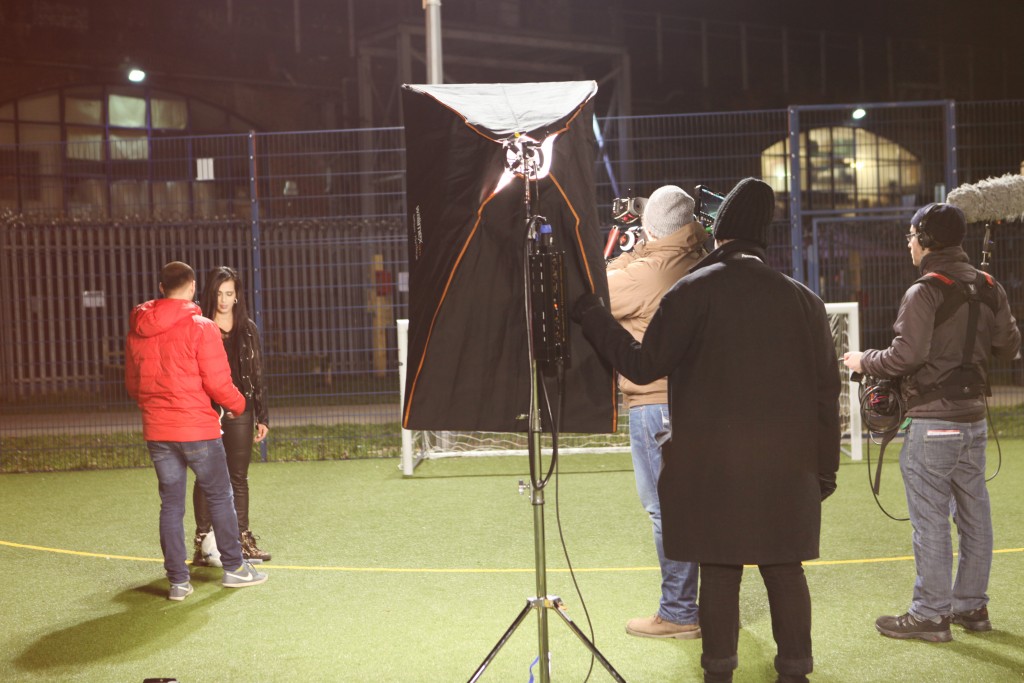 Jobs like this crop up often. When you would love to spend weeks planning, days lighting and then hours setting up a shot. But in the end we had 2 hours that night to shoot and the message was the most important part of the video. The location was outdoors, loud and had a train pass every 15mins. We knew this and knew we would be slowed down to get the perfect sound. This was the most important part, so any pride or ego over my lighting had to be put aside. Focus was more important.

I was shooting with my new Samyang Cine Primes for the first time. I used the 50mm T1.5 and 85mm T1.5. All shot on my Sony FS700, on the internal codec. The Odyssey 7Q was used as a monitor only, and the whole thing was hand held. I shot some cut aways of the other games being played, in 200fps, with the clients 300mm Lens.

Jobs like this are all about reacting to what you are given. The night was very very cold and far from ideal for everyone involved. So it is important to stay energetic, give the subject (who was a 15yr old girl) as much feed back and enthusiasm as possible and just get the shots exposed and in focus. The rest is in the edit, as a lot of footage had been shot on other shoots and lots of stock footage cut aways where to be added. 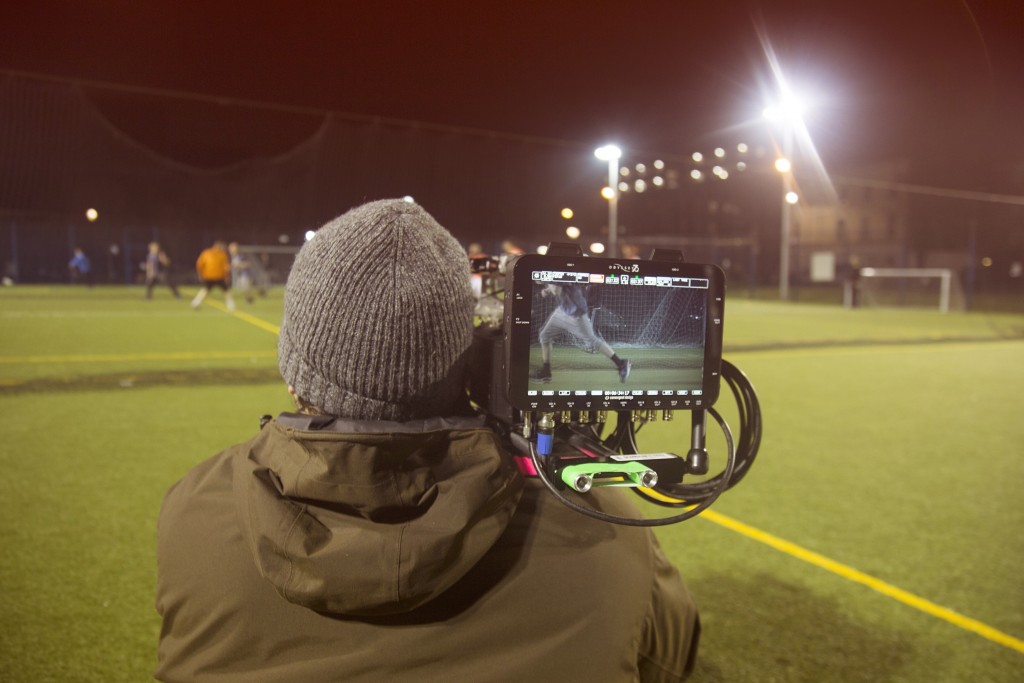 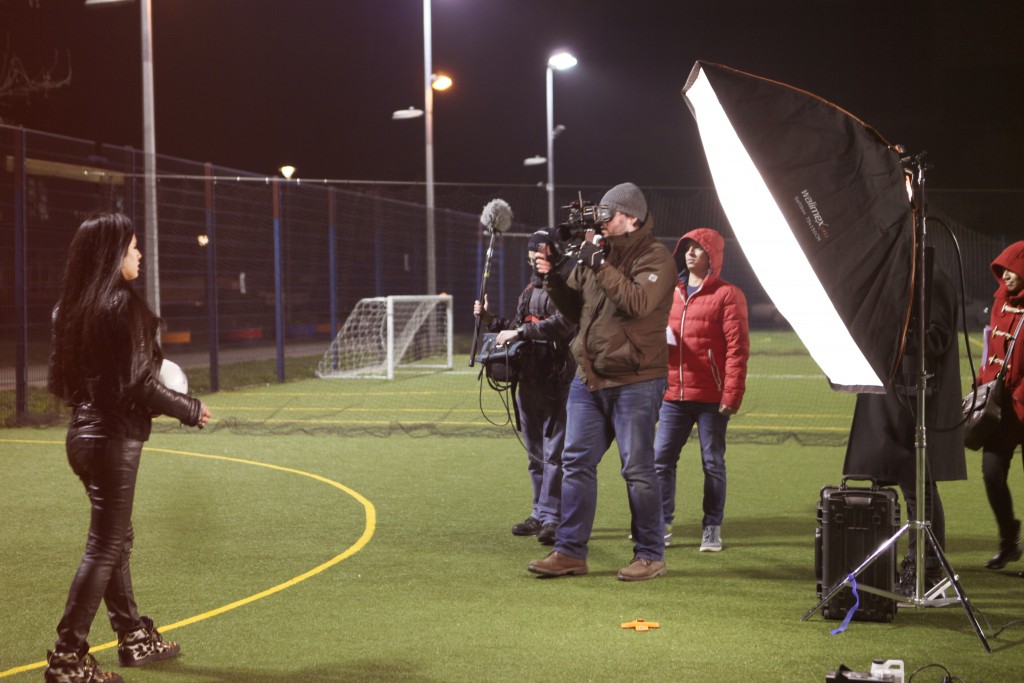 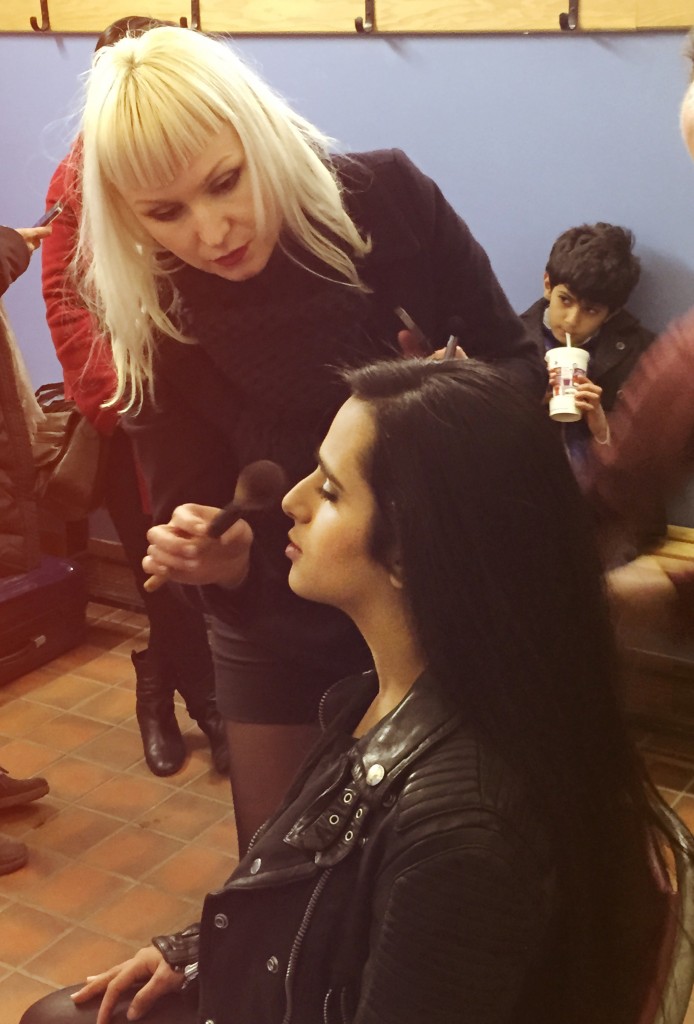