By Blog, Motion graphics, Video Nov 30, 2010 Comments Off on The Social Butterfly Effect 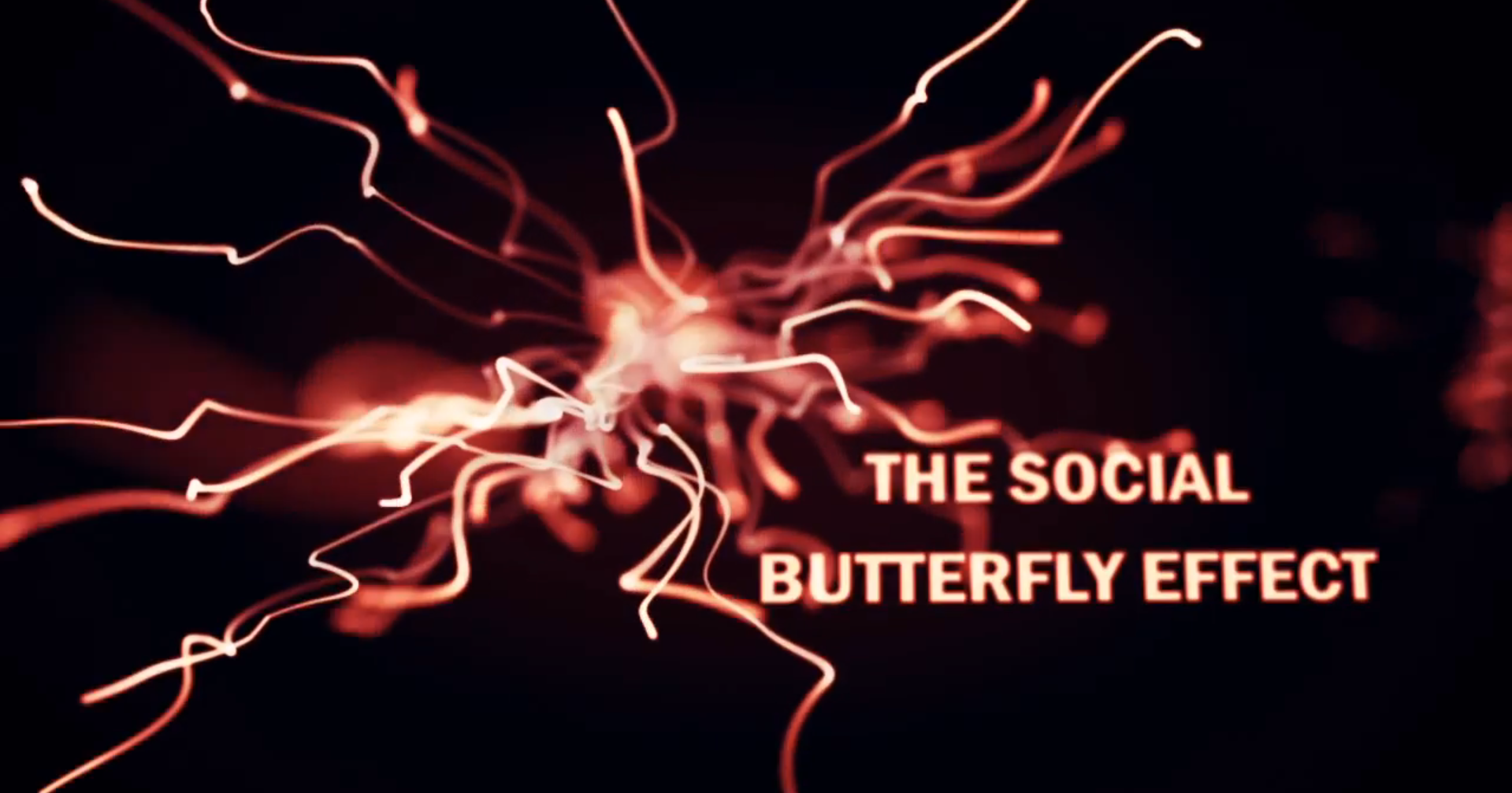 A team of scientists from Royal Holloway, University of London, the University of Southampton and the Institute of Zoology at London Zoo have been researching the social butterfly effect – studying how we change our friends throughout our lives. They are interested in the fact that, despite the fleeting nature of many of our relationships, we often form cliques – circles of friends that are often friendly with each other. This could help us to understand why our society is made up of so many groups, from political to sporting.

The study looks at how we often form friendships with people who are similar with us in some way. This could mean having a similar profession, interest, hobby, religion or political affiliation.

In the video, similar individuals have the same colours. At first individuals freely form and break friendship links with others and the network is disorganised. After a while (at about 50s in), the model is changed so that individuals tend to form links with similar others and we see cliques start to form.

Occasionally, when two individuals with different colours are linked, one will influence the other changing it’s colour. Due to this, you can see individuals moving from one clique to another in the video.