By Advertisement, Advertising, Behind the scenes, Blog Apr 12, 2021 No Comments on TV advert featuring Frankie Dettori debuts on Sky Sports 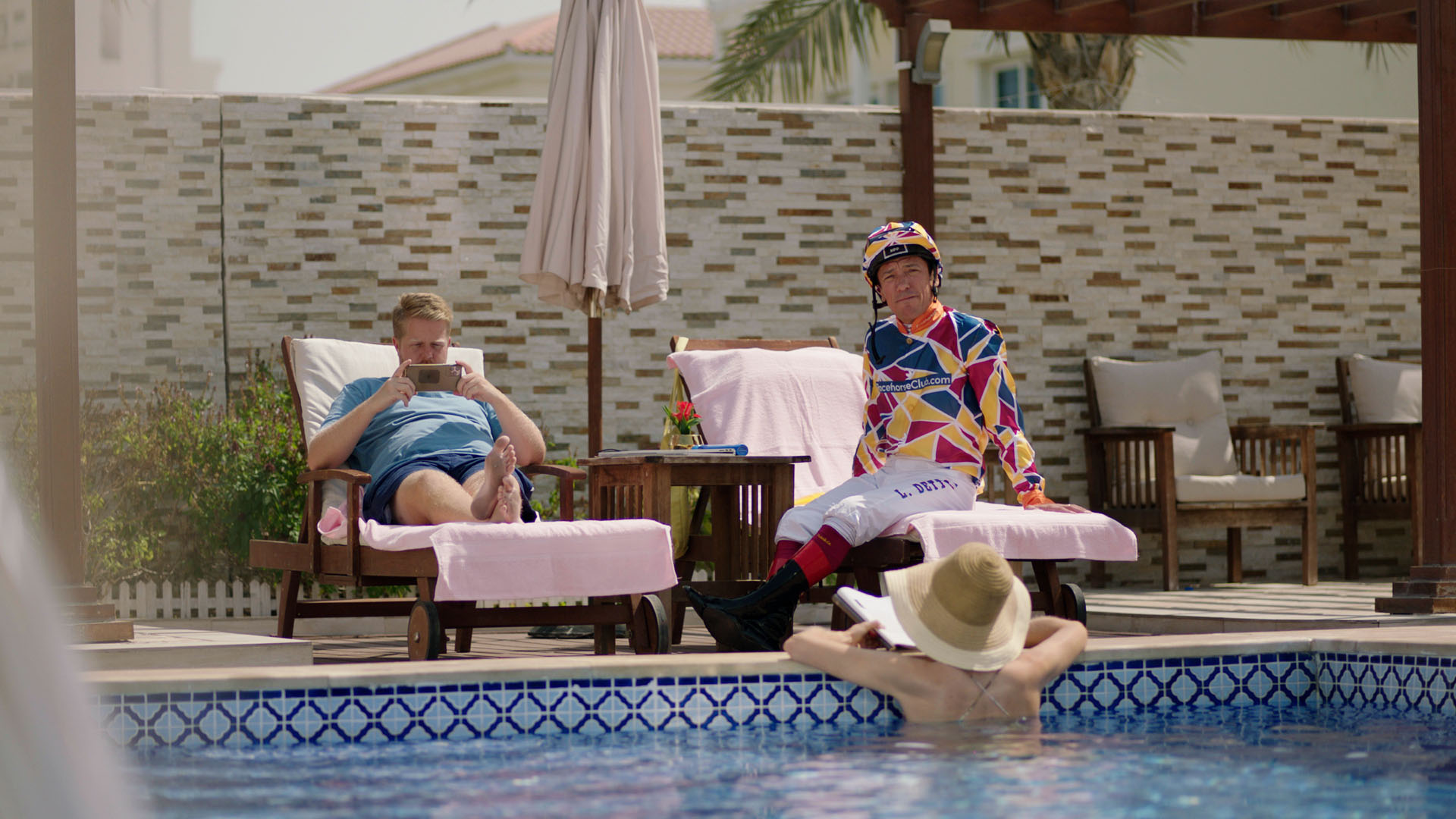 We are delighted that their new TV advert for the launch of RacehorseClub.com, featuring the legendary jockey Frankie Dettori, will make its television debut today across the Sky Sports network, especially as they were presented with an unusual set of production challenges because of the ever-changing COVID rules and laws.

Having already won more than 3000 races around the world, including The Derby in 2007 and 2015, Dettori has been living and racing in Dubai during recent months and SEP’s executive producer Parag Sankhe and his production team were scheduled to fly there to film the advert in February.

Just before they were due to depart, new travel restrictions were introduced by the British government and they were left with just a week to find and contract a 17 strong local crew to ensure they were able to meet the agreed filming date.

“Fortunately, we were able to quickly recruit award winning director Elena Kovalenko and renowned DOP Elias Trad who are both based in the region and they assisted SEP by using an excellent local network of contacts to bring on board the rest of the talented replacement crew.

It was slightly stressful at times, especially as producer Tom Etheridge and I were co-ordinating from our London office, but our client had a clear idea of what they wanted to achieve and gave us a very good brief and everything came together well on the filming day.”

The advert, which was shot on an Alexa Mini, will be shown as part of a two week campaign across a range of Sky Sports channels to coincide with the Grand National Festival at Aintree and the launch of RacehorseClub.com. It will also be seen on ITV during their innovative Virtual Grand National on April 10th.

Racehorseclub.com is an exciting new website and app that makes it easy for those who love racing to buy a micro-share in a leading racehorse trained by a top trainer and immediately become a member of RacehorseClub. For a single one-off fee and no further commitment, members have access to trainers, jockeys and the equine superstars themselves with no recurring costs for the racehorse’s racing career.

RacehorseClub’s Max Pimlott approached SEP to commission the advert and has worked closely with them during the production process.

“It has been a great experience to work with Square Elephant Productions and we are delighted with the advert and are sure that its mix of information and gentle humour will appeal to the viewers and encourage them to visit our website and become a part of our exciting new club.”