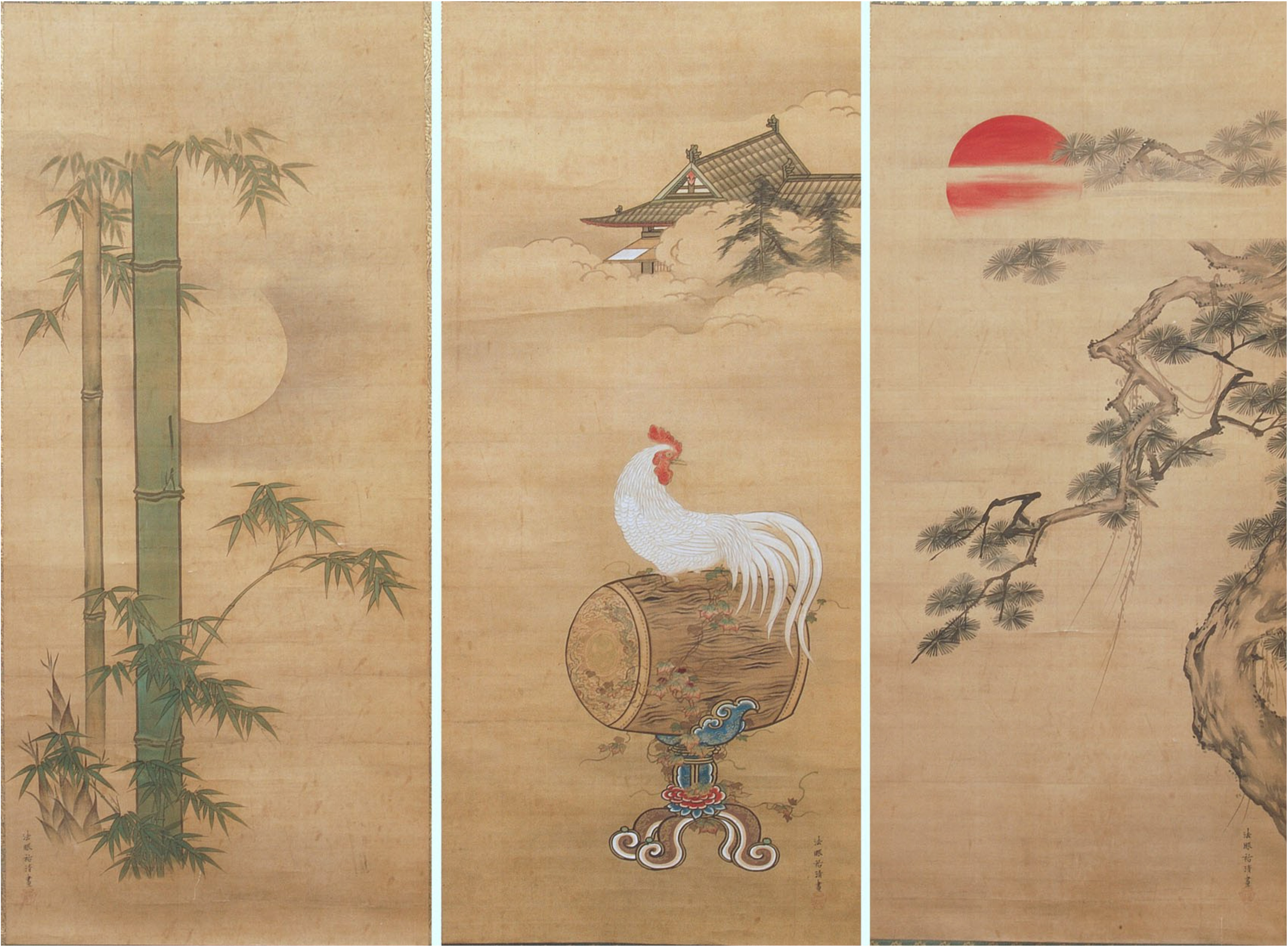 2017 is the year of the cock in Chinese Zodiac. A cock crowing towards the morning sun is a suitable motif for the beginning of the New Year.

A cock on a drum is called “Kanko-dori”, which is a symbol of peace. This is known as a Chinese legend about the drum called ‘Kanko’, which was set up to be struck whenever a letter of remonstrance was offered to the Emperor. But, the drum was not beaten because there were no complaints against his administration, the cocks became accustomed to it, and stayed there peacefully.

This Kano Terunobu’s painting Kankodori, a pine tree and the rising sun, bamboo and the moon has been considered to have been created during 1746-1762.